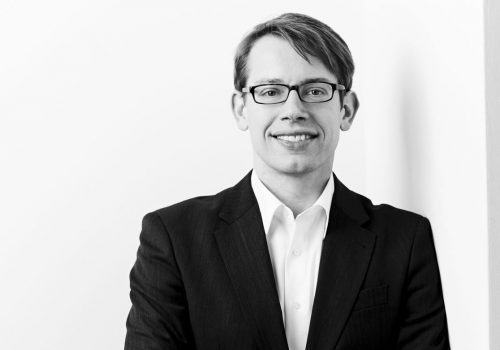 We are thrilled to announce that the Humboldt University of Berlin recently appointed Science of Intelligence PI Pawel Romanczuk professor of Complexity Research in Adaptive Systems, starting on 1 January 2023. The professorship is a great acknowledgement of Pawel’s outstanding achievements in research and teaching in the field of collective intelligence.

At SCIoI, Pawel’s research bridges analytical and synthetic sciences: He studies self-organization, evolutionary adaptations, and functional dynamical behavior in animal collectives (such as flocks of birds or schooling fish,) and develops mathematical models to understand swarm behavior. In this approach, Pawel is concerned with determining how collective behavior is shaped and constrained by locally available sensory information, such as vision-based movement coordination as a response to the environment. Another important question in his work is how causal information flows can be identified between single agents in animal groups reacting to the individually acquired sensory information, as well as how animal and human groups process this information.

The new professorship “Complexity Research or Biological self-organization and Adaptive Systems” at HU Berlin matches Pawel’s focus on collective information processing perfectly: “In my research, I use mathematical modeling and computational models to study large scale collective behavior in biology and beyond. What was always of particular importance to me was a close collaboration with experimental partners, and I am excited about the possibility to continue this journey with the colleagues from within SCIoI and beyond.”

Interdisciplinarity, one of the cornerstones of SCIoI, is what Pawel is especially passionate about. Through his work at the interface of applied mathematics, theoretical physics, and behavioral biology with a focus on collective behavior of organismic systems, he contributes significantly to what the Cluster stands for. With a PhD in theoretical physics from HU Berlin, Pawel has gradually developed his scientific expertise from the application of statistical physics and stochastic processes to biological and ecological problem solving. He has worked in particular on mathematical models of collective motion in biology, as well as related problems of pattern formation, collective movements, and collective decision making from a physics perspective. The findings of Pawel’s research will also be relevant to human societies and collective problem solving. For example, by shedding light on the mechanisms of crowd behavior at concerts and mass panics, or collective misconduct as seen with jaywalking, they can contribute to the development of solution strategies.

Pawel’s new professorship at HU and his work at our Cluster will further strengthen inter-university collaborations and the interdisciplinary approach, and SCIoI would like to congratulate him on this new achievement.