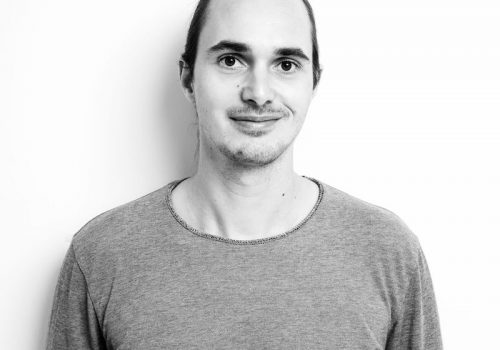 We are very proud to announce that our member Richard Schweitzer, who works on SCIoI Project 23, just won the Humboldt Prize 2021 for his dissertation on „Perceptual and Motor Consequences of Intra-saccadic Perception.“

Here is Richard Schweitzer’s statement, published on the HU website:

“We usually think of visual perception in terms of taking a photo of our environment. Having triggered the shutter release, the image is saved in memory, so that a number of features, such as edges or colors, can be extracted from it. Biological vision is however substantially different at the stage of image acquisition: As humans – unlike a camera – have a non-homogeneous retina, only a very small portion of the outside world can be processed with high acuity. As a consequence, rapid eye movements – so-called saccades, the fastest and most frequent of all human movements – are made to orient the retinal area of sharpest vision, the fovea, towards objects of interest.

Even though saccades constantly shift the entire visual scene across the retina at dazzling speeds and thereby induce an excessive amount of motion blur, our representation of the world remains stable and continuous – a phenomenon known as visual stability. Nowadays, it is widely assumed that the brain uses dedicated mechanisms to preemptively shut down visual processing during saccades, all in order to suppress the supposedly disturbing effects of saccade-induced large-field motion signals. Indeed, visual sensitivity around saccades is reduced – an effect called saccadic suppression – but the magnitude of this reduction is unlikely to prevent intra-saccadic vision. An intriguing question arises: Could the visual system actually make use of intra-saccadic signals instead of simply discarding them?

My doctoral thesis examined the extent and potential function of intra-saccadic perception. On a methodological level, we developed a custom-built LED device that allowed human observers to experience intra-saccadic vision (Perception, doi: 10.1177/0301006619867868), as well as algorithms that enable researchers to present visual stimuli strictly during the brief saccadic interval (Behavior Research Methods, doi: 10.3758/s13428-019-01304-3). In a number of psychophysical and eye-tracking studies, we investigated motion streaks, which can be perceived as smeared, elongated traces, routinely induced when objects move at extremely high velocities. We found that human observers were capable of matching objects across saccades based solely on the motion streaks that these objects induced (Journal of Vision, doi: 10.1167/jov.20.4.17). Furthermore, observers integrated intra-saccadic motion-streak information for saccade planning, even if they remained unaware of their presence (Science Advances, doi: 10.1167/10.1126/sciadv.abf2218).

In contrast to the dominating notion of saccadic suppression, intra-saccadic motion signals are not eliminated from processing, but can remain readily available for the visual system’s everyday tasks, such as object localization, tracking, and gaze correction. Taken together, these results could possibly point towards a new perspective on visual stability: Instead of being an obstacle to it, saccade-induced motion signals may well constitute valuable cues to performing a variety of visual tasks.”

Richard Schweitzer is an alumnus of the Berlin School of Mind and Brain, where he wrote his dissertation.