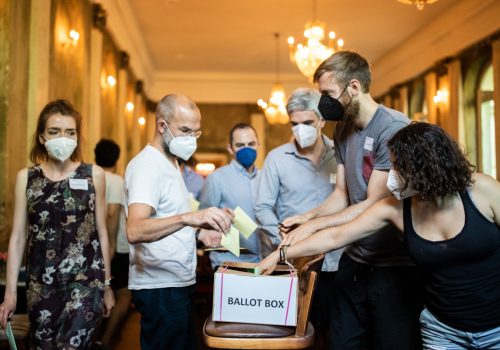 An important part of the Scientific Networking Days 2022 was the election of the cluster’s spokesperson and executive board for the next years. According to our internal regulations, the election is meant to happen after the first four years of life of the cluster. We are pleased to announce that the cluster re-elected Oliver Brock and confirmed a second mandate for the previously existing Executive Board, composed of Joerg Raisch (as deputy spokesperson), Verena Hafner, Rasha Abdel Rahman, Jens Krause, Pia Bideau (Postdoc representative), and Jonas Frenkel (PhD representative).