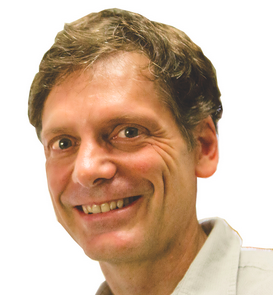 Seeing by moving: the indissoluble bond between perception and action

Establishing a representation of space is a major goal of sensory systems.  Spatial information, however, is not always explicit in the incoming sensory signals. In most modalities it needs to be actively extracted from cues embedded in the temporal flow of receptor activation. Vision, on the other hand, starts with a sophisticated optical imaging system that explicitly preserves spatial information on the retina. This may lead to the assumption that vision is predominantly a passive spatial process: all that is needed is to transmit the retinal image to the cortex, like uploading a digital photograph, to establish a spatial map of the world. However, this deceptively simple analogy is inconsistent with theoretical models and experiments that study visual processing in the context of normal motor behavior. I will argue that, as with other senses, vision relies heavily on sensorimotor strategies to extract and represent spatial information in the temporal domain.

Michele Rucci investigates the computational and biological mechanisms underlying visual perception following an ecological approach that studies vision in conjunction with motor behavior – in particular eye movements and characteristics of natural environments. In his Active Perception Laboratory, his work has led to multiple findings on the roles of eye movements in the encoding of visual information and the establishment of spatial representations, leading to the development of new tools for experimental studies and robots directly controlled by models of neural pathways.

***Want to attend this lecture? Subscribe to our mailing list here or by sending an empty email to scioi-info-join@lists.tu-berlin.de
The Zoom Link will be sent the day before the lecture. (Contact communication@scioi.de for specific questions)